by Kimberly Beckett
in 3D printing 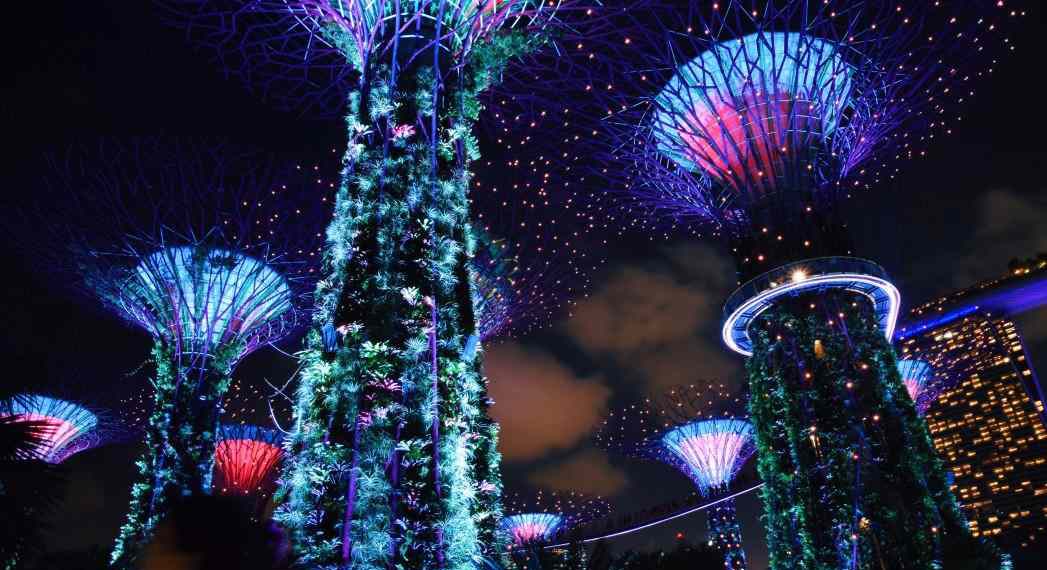 3D printing has been around for so long that it is easy to think that the technology has given us substantially all that it has to give. Skeptics feel that 3D printing may perhaps never outpace or replace conventional technologies in manufacturing, medicine and space exploration. The reality of this magical technology, may however, be further from this skepticism.

All of our technology is limited primarily by the versatility of the tools we as a civilization have at our disposal, and also the tools that we are able to further develop.

Once 3D printing reaches the inflection point that the mass production industry before it did; That is as 3D printing technology progresses to become both faster, more accurate, more consistent, and less costly, engineers will begin to think and plan all their designs around the near limitless possibilities of 3D printing. It would simply change the way we create everything.

While 3D printing is still most widely used as a tool for rapid prototyping, the numerous unique advantages that the technology offers have compelled startups as well as giant industry leaders to bet big on 3D printing in an effort to drive the next wave of innovations in engineering in almost all disciplines of modern industry. This is primarily due to the unique benefits that 3D printing brings.

Why 3D printing is an entirely new world of innovations

· Throwing out the rulebook of economies of scale

Conventional industrial wisdom dictates that one needs an ideal x number of units of their product to minimize the fixed overheads such as fixed labor charges, machinery cost and factory rent so that it is viable to bring a product to market at an attractive price point that remains profitable. This is what we call achieving economies of scale.

In 3D printing however, the fixed overheads are greatly reduced due to inherent technological advantages such as automated 3D printing process, much smaller footprint than conventional machinery, and a lower entry barrier than a similar plant would cost.

One of the first design principles taught to engineers and machinists is to keep their design within the limits of the milling apparatus. Nearly all our tools, as well as the design of our everyday technology is limited by this focus on achieving a simpler, less efficient design that in the end easier to produce and hence cheaper.

This type of mentality does not bode well with 3D printing. By its nature, 3D printers print everything layer by layer be it filament, cured resin, or sintered powder. This means that an intensely complex design would actually take about the same time and money to be 3D printed as a super simple one. That is why it is so often said that complexity is free with 3D printing.

The average turn-around time for most work, especially if it is related to prototyping or sample production runs is normally around a week to two weeks. Even this timeline can be disrupted indefinitely due to unforeseen logistical, political, environmental, or even legal issues.

The biggest competitive advantage 3D printing brings to any industry is the exponential reduction of this lead time. There is also the security of having an in-house manufacturing system that is designed around versatility. While there are other smaller and more industry-specific reasons at play too, the above four benefits clearly highlight the paradigm shift that futurists and visionaries see with 3D printing. With those four things, 3D printers may not only drastically improve the way things are made, but also give way for new waves of innovations never before possible.

To understand this optimism even more, let’s take a look at how 3D printing technology is shaping various industries today and also how it may all fit together in the future.

Future of 3D printing in manufacturing

3D printing is extensively being used for prototyping and product design R&D.More than that, however, we are seeing more and more manufacturers gravitate towards 3D printing for its promise of in-house manufacturing of complex and customizable parts and products.

In the automotive world, for example, 3D printed mechanical parts are being used much the same way as CNC machined thanks to advancements in metaljet 3D printers.

Similarly, the aerospace industry has long relied on 3D printing for renovating and overhauling older planes with modern safety and functionality at the fraction of what conventional means would have cost.

Footwear manufacturers such as Adidas and Telic are determined to use 3D printing technology to marry personalized shoes with their large-scale manufacturing and brand presence. Universities and fabric designers are experimenting with 3D printed synthetic fabrics to reduce our dependence on water-hungry cotton textiles.

Even 3D printed multi-layered printed circuit boards are now a reality thanks to the breakthroughs made by Nano Dimensions in their dragonfly line of PCB 3D printers.

The above examples are only some of the many innovations brought about by 3D printing. New and exciting uses of 3D printing are being thought up every day!

The demand for ever more complex and smarter product design means that manufacturers see less and less of a competitive advantage from conventional machinery that is best suited to repeatable, simple product design.

3D printed manufacturing promises to cater to the needs of the consumers of tomorrow who would be spoiled for both choice and personalization above and beyond the generic one-size-fits-all products of prior decades.

How 3D printing will impact medicine and healthcare

The field of medicine probably has seen the biggest change in its landscape due to 3D printing.

Even drugs such as the epilepsy drug Spritam have benefited from being 3D printed. 3D printed drugs dissolve faster in the human body than conventional tablets.

3D bio-printing is already being used to prepare functional lab-grown organs that could potentially be transplanted to patients in the future with minimal rejection risk. Moreover, researchers around the world are using 3D bio-printing for intricate disease and human function modeling.

The meso-brain project for example, is utilizing nano-scale 3D bioprinting to replicate the neural networks of the human brain which could allow immense benefit in identifying the neurons in various states of brain dysfunction and to test various medicines on the model before any actual clinical trials.

We could potentially also see hospitals become self-reliant and be able to 3D print standard diagnostic tools, apparatuses as well as surgical instruments that currently cost in the hundreds of thousands of dollars.

A future where amputees could go to a hospital to give a tissue sample and then the hospital could potentially 3D print the tissue on an artificial bone structure and restore the limb in its entirety to the patient. Or drugs that have been 3D printed to release multiple chemicals sequentially in the human body to ward off diseases.

The effects of 3D printing on future of architecture and construction

The Kingdom of Saudi Arabia is going to use a BOD II 3D construction printer to 3D print 3-storey tall buildings in an effort to meet its target of providing 1.5 million new homes by 2030. Dubai is on-target to incorporate 3D printing in at least 25% of all new buildings constructed by 2025 and beyond. But the Arab world is not the only place where 3D construction printing is poised to make a big impact.

NGOs all around the world that work on providing adequate housing to the homeless and poverty-stricken masses have been turning to 3D construction printing for its vastly reduced lead times. For example, ICON built a fully functional house in just 24 hours in collaboration with the New Story NGO. Material and labor cost reduction all with the promise of providing strong houses that could be used by multiple generations.

Europe and China are also investing in the 3D construction industry in hopes of achieving a more environmentally friendly and sustainable approach to housing as well as to tall commercial buildings. Startups all around the world are also creating their own concrete extrusion 3D construction printers to figure out a similar path forward.

In addition to all of these efforts is Armatron Systems – a company that seeks to become an intellectual property leader in the 3D construction space with its innovative box-beam forming 3D construction printer patents, as well as numerous other patents to revolutionize construction as we know it. This will allow for curvi-linear architecture like bubbles, arches and domes.

How 3D printing is helping to the shape future space exploration

Space exploration has gone from a politically fueled duopoly to one of the most thriving and innovative industries on the face our planet. The most ambitious innovations in the Space exploration sector are occurring at startups around the world. The companies around the globe that are working on space exploration technology are well into double digits at this point. And almost all of these firms rely on 3D printing to produce highly engineered functional parts of rocket engines, for aerodynamics, or for any number of engineering needs that would otherwise cost these companies much more in terms of time and money.

NASA itself works with numerous 3D printing players such as Made In Space for FFF technology as well as part recycling machines such as the ReFabricator used on the International Space Station.

Startups such as Orbex (British) and Skyroot Aerospace (Indian) have introduced completely 3D printed rocket engines as well. The Orbex model is also designed to be powered by biofuels to keep space launches sustainable and environmentally friendly.

Companies like SpaceXand Virgin Orbit (part of Virgin Galactic) continue to push the envelope of private space aviation technology. SpaceX uses numerous 3D printed parts in its affordable rocket engines whereas Virgin Orbit has acquired one of the first hybrid additive-subtractive manufacturing systems – the LaserTec 4300 that is capable of working on giant rocket parts potentially weighing over 3000 pounds.

3D construction printing firms such as ICON and BIG are researching 3D construction printing using simulant lunar-soil as part of the highly publicized Olympus project by NASA to begin colonization of the moon and to establish a usable extraterrestrial moon base. Their effort would no doubt be greatly complemented by the works ofAI SpaceFactory and Jacobs as well who are working for NASA to develop 3D printed Mars and moon-like regolith material for testing here on Earth as well as to discover new and innovative building material uses of said regolith.

In addition to these well-known companies, many startups are leading the charge for the next generation of space exploration breakthroughs. Rocket Crafters for example, is pioneering a 3D printed rocket fuel made up mostly of plastic. Dhruva Space from India similarly seeks to build low-cost satellites that replace expensive parts with 3D printed or commercially available ones to reduce costs by up to ten times when compared to conventional satellites.

No wonder then, that so many futurists nowadays believe that the future of humankind, is going to be 3D printed!

3D printed houses bring the benefits of additive manufacturing to the construction space. The material costs incurred by construction...

by Yusuf Vihaan
No Result
View All Result